Is that all of China or just their Government? 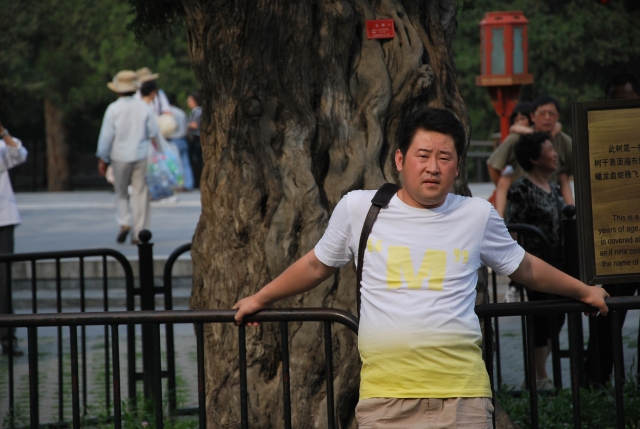 Temple of Heaven in Beijing, China

How are you supposed to embrace the Chinese culture when they are fooling around with their currency, creating trade imbalances, stealing our jobs, undercutting our prices with unfair government subsidies, and squabbling with Vietnam and Japan about disputed regional sovereignty? When the Chinese government does something aggressive, do we automatically think something about all Chinese people or about their culture.

I believe in the American spirit and know most of us will embrace our differences with the Chinese if we have a reasonable perspective. So, consider the following about ourselves…

Are we our government’s actions? In America, we vote for our representatives and thus endorse the actions they promise to implement. However, we are not always happy with our government’s actions and so incumbents sometimes lose to up and coming stars. Many democrats were embarrassed by President GW Bush’s actions around the world. Many republicans are now embarrassed by the actions of President Obama.

So, when you get frustrated with the Chinese government, just realize they are the minority in the country. Sure they are the most powerful minority in the entire Chinese nation, but they are definitely not always the majority view. Just as President Bush or President Obama do not fully reflect our individual American character or personality or culture, the Chinese government does not fully reflect anything about a people who haven’t had a say in who their government leaders would be over the last 60 years.

I am a lover of China. I graduated from the University of Hawaii's China International MBA in 2010. At BYU, my undergraduate degree in history focused on modern US and Asian history. I am an expert negotiator and recently negotiated a multimillion dollar contract with the LPGA and IMG to bring the first ladies professional golf tournament to Mainland China since its first tournament in 2008. While in Utah, I helped an online marketing start-up company grow from 20 employees to over 120 employees as Director of Operations and later VP of Sales and Marketing. Whether its China, strategy, or sales, I love being with people and helping them see their own unique offering and how to align themselves accordingly.
View all posts by Global China Blog - Biz, Culture, and Life →
This entry was posted in Chinese Culture and tagged China, Chinese culture, Chinese friends, Chinese government actions, Culture differences with China, Embracing Chinese culture, Japan, Vietnam, voting in China. Bookmark the permalink.